What charges a car battery

The alternator is what charges a car battery while the engine is running and a battery charger is used to charge a car battery using the electricity mains.

Jumper cables and portable jump starters do not actually charge your battery. They just provide enough power for the stator of your vehicle to start the engine so that the alternator can begin charging your dead car battery. You cannot charge a dead car battery just by connecting another battery to it.

How does an alternator work?

The alternator is a device that converts mechanical energy into electrical energy, i.e.; it converts movement into electricity. It consists of a rotor (a rotating part) and a stator (a stationary part). The rotor is connected to the engine crankshaft and spins as the engine rotates. The stator is mounted on the inside of the alternator case and contains three pairs of copper windings.

As the rotor spins, it produces an alternating current (AC). Rectifiers (diodes) convert this AC to direct current (DC) in the rectifier bridge. A diode is a device that allows the flow of electricity in one direction while blocking the current in the opposite direction. The DC is then used to charge the battery and operate the electrical accessories.

The voltage regulator controls the output of the alternator to prevent overcharging of the battery. It also protects the alternator from damage if there is a problem with the charging system.

If there is a problem with the charging system, it can cause problems with starting the engine and running the electrical accessories. Some common problems include:

Pro Tip: If the red battery warning light on your dashboard comes on but the car still starts, the problem is NOT a bad battery. It is usually your charging system and one of the problems above. Check your alternator belt first, as it’s the most common cause of a sudden failure.

​Most charging system issues are difficult to fix yourself. Get a qualified automotive electrician to check it out for you with the proper equipment.

What is a Battery Charger?

There are many types and sizes of car battery chargers, but we can separate them into two major groups: trickle chargers and standard chargers.

Another type of car battery charger is the jump starter. This type of charger is designed to supply a high voltage to a car battery in order to start the car. Jump starters are typically used when a car has been sitting for a long period of time and the battery has lost its charge. They provide the stator motor of your vehicle enough power to start the engine so that the alternator can begin charging your battery again.

Most car battery chargers are designed to be plugged into a standard 120-volt (or 220- volt) outlet. The charger will have a cord that plugs into the outlet and another cord that attaches to the car battery.

Once the charger is connected to the battery, it will begin charging the battery. The time to fully charge a dead battery will vary depending on:

It is important to read the instructions that come with your charger before using it. This will ensure that you are using the charger correctly and safely. 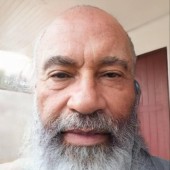 What are the benefits of having a car battery heat shield?

What Is a 17 Plates Battery?